Waldeck Re- is a competition entry project for the Europan 2010. It is a project of re-generation through urban greenhouses. The simple and radical goal of the project is to transform the limits of Nieuw Waldeck into good Qualities for its urban regeneration. Green and public spaces which are today problematic issues, will become the strong elements of its revitalization.

The existing complex was designed in the seventies with efficiency in mind. But its unintended effect is that parking spots are now insufficient, public space is unfriendly, the spread green and individual brick sheds have created a dangerous labyrinth. Private gardens, acting more like a barrier towards the outside world transformed the area into a green ghetto.

Openness, clarity and visibility throughout will be created by replacing all the sheds and storages with transparent glass houses, aligned in the open space. The “binnenhof” will be freed from cars, which will be compacted into automatic parking towers giving space to common green areas. 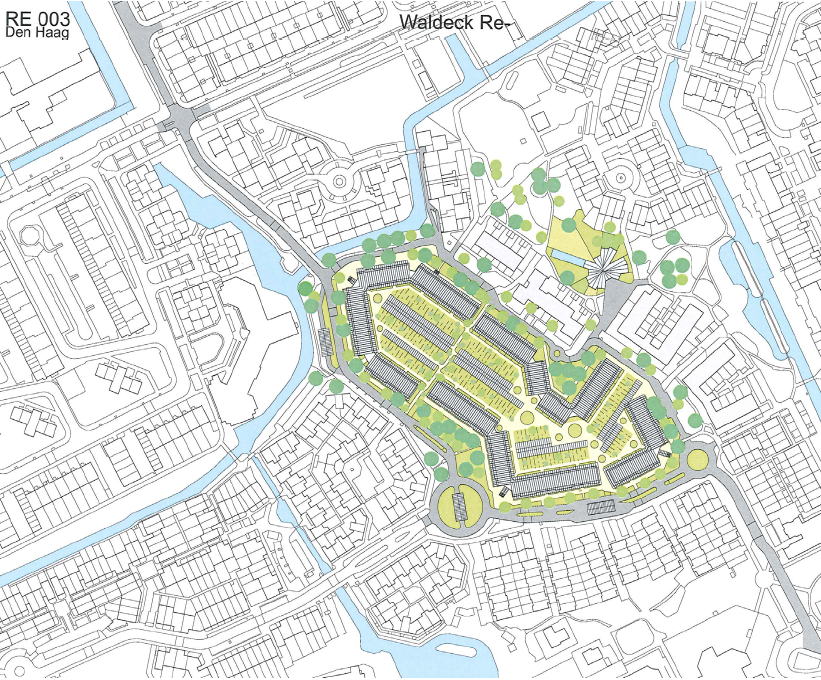 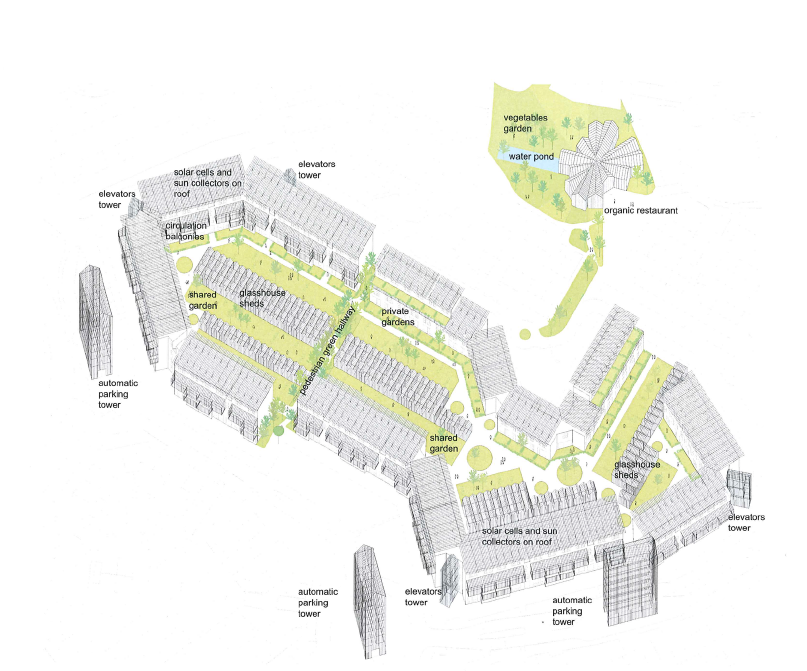 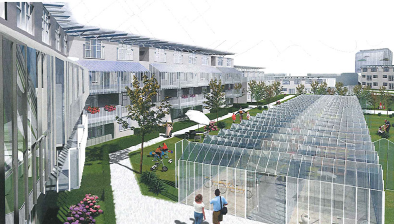 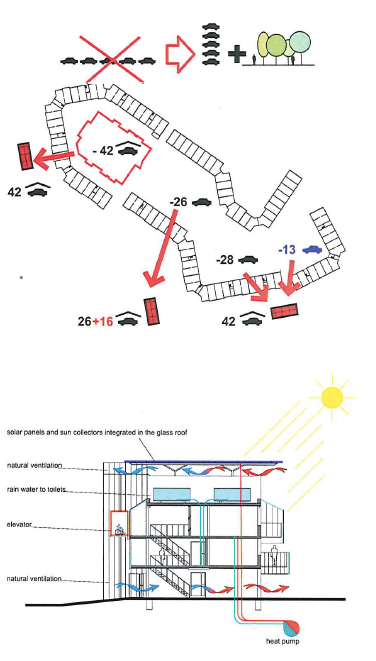